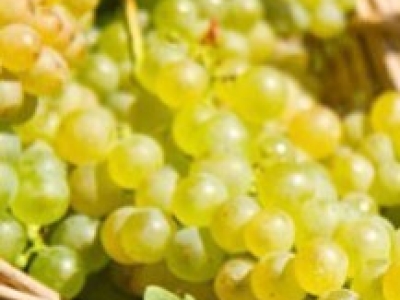 The winemaking tradition of the Parma area

A journey into the winemaking tradition of the Parma area.

Today I want to talk to you about the viticultural vocation of the hills of the province of Parma, an area between the river Enza, to the east, and the Stirone stream, to the west. This area in the nineteenth century produced wines of a quality level such as to have become world-class excellence.

Unfortunately, between the late 1920s and early 1930s, the vines that produced such a fine wine were affected by phylloxera which irreparably damaged the vineyards which at that point were abandoned in favor of other agricultural productions.

Viticulture in this area resumed consistently only after the end of the Second World War by some courageous winemakers.

The wines from the hills of the province of Parma are the ideal pairing during meals where Parmigiano Reggiano, Parma ham, Salame Felino, Culatello di Zibello and other typical Emilian foods are on the table.

These wines are the result of a production whose first traces date back to the times of the ancient Romans and which, over the centuries, through a constant evolutionary path have won the right to boast the PDO denomination "Colli di Parma" (editor's note: Parma hills) which Voluntary Consortium for the protection of “Colli di Parma” wines is released, with the participation of about fifty members, of which twenty-two are producers and bottlers of the wines they produce.

The functions of the consortium, born in 1977, are two:

In particular, the promotion of wines is carried out using cultural events such as:

the Malvasia Festival in Sala Baganza which, every year, assigns the Cosèta d'Or to the best dry sparkling wine made with the grapes of this vine;

the organization of events at the member wineries, such as the “Colli di Parma Summer Wine”;

the Wine Museum, inaugurated in 2014.

Starting from this museum, I can take you on a little journey through history. Read on to learn more.

Who and why has spread the cultivation of the vine in the Parma area (and in the rest of Europe)?

Why was the consumption of beer and wine so widespread in ancient times?

THE ARRIVAL OF THE VINE IN THE PARMA AREA

In the first century a. C., several years after the foundation of the city of Parma (183 BC, n.d.r.), thanks to the climate change that had led to a rise in temperatures throughout the area, the Romans began to plant the first vines.

But why did the Romans who, until then, had limited themselves to importing wine from the southern lands for their personal consumption, began to plant vines?

Well, you must know that the Roman military doctrine provided that, once a newly conquered territory had been stabilized, the soldiers left to guard the aforementioned would dedicate themselves to working in the fields, planting vines.

This is to send the newly subjugated peoples a very strong message: we plant vines. It will take years before they bear fruit. And we will still be here.

This, as recent studies carried out throughout Europe have shown, has helped to spread the vine plant throughout the continent.

The genetic mapping of plants in Germany and England has sanctioned the descent of the local vines from the Italian ones.

In the first century a. C. the first vine that was introduced in the Parma area by the Romans was the labrusca vine.

A vine from which a wine that makes foam is produced.

Which favored its adoption by the local populations of Celtic origin who, in those days, were used to consuming only beer.

Before the advent of modern purification techniques, the consumption of water involved various health risks.

It was not uncommon for decaying animals to poison the waters.

For this reason, in ancient times wine and beer were widely consumed which, due to the fermentation process used to produce these two drinks, were free of harmful bacteria for humans.

The Romans used to drink wine with the addition of water to reduce the alcohol content and resins, so as to improve its taste.

After adding the water to the wine, before drinking it, they heated the cup that contained it with their hands to evaporate part of the resin.

Instead, the Celtic populations of the province of Parma, as I wrote earlier, used to drink beer that was the result of the natural fermentation of local plants such as, for example, elderberry.

It was not diluted with water and was poured into special glasses that allowed the foam to emerge.

This made it possible to remove the excess foam, which contained the impurities, with a wooden knife.

When, among the local people, the consumption of wine began to supplant that of beer, they did not adopt the Roman way of drinking. They began to consume it in the same glasses used for beer without adding resins, water, or heating the glass with their hands. In this way the modern way of consuming wine was born.

Curiosity: But if water could contain bacteria that are harmful to humans, why did the Romans put it in wine? Because the wine, due to its alcohol content, made that water drinkable.

FROM THE AMPHORA TO THE BOTTLE

The Romans, even if they knew the use of the barrel, used to transport wine in amphorae.

The amphorae had different shapes depending on the place of production and this made it possible to identify the area of origin of a particular wine.

The barrel was perfected in the Middle Ages and for centuries it was used to transport all kinds of goods (even packaged objects).

And the bottle as a container for the transport of wine when it makes its appearance?

Things changed when in 1600, in England, King George, by law imposed on glassmakers not to use wood in their blast furnaces because that wood was needed for the construction of ships useful for the defense of the interests of the empire.

At that point, the glassmakers began to look for alternative solutions to power their furnaces.

They began to use coal which, having a higher calorific value than wood, allowed them to create thicker and more robust glass bottles even if darker than those they previously produced.

Thus was born the modern use of packaging wine inside the bottle.

Curiosity: The Greek geographer Strabo writes in his works that, in the Parma area, the Gauls built barrels as big as a house.

I hope you enjoyed this brief excursus dedicated to the wine-growing vocation of the hills of the province of Parma, one of the excellences of the Emilia Romagna region.

Discover the best wines of the Parma hills within our wine selection.

I look foreward to see you in the next post!