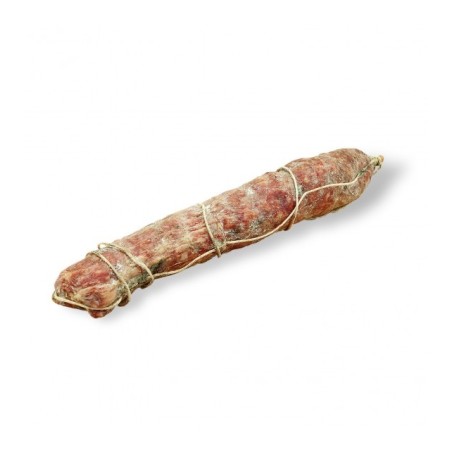 A noble member of the family of Italian cured meat, obtained from minced meat from traditional breed pigs farmed in the Parma province.
The precious meat, seasoned with salt and flavourings, is stuffed into casings and undergoes natural curing.

The genuine and delicious product features a cylindrical shape and ruby red slices framed by the white of the fatty parts.

IGP-marked Salame di Felino (Protected Geographical Indication) is a typical product of the Parma region. It is produced in Felino, a small town in the Parma province, and in few other small towns nearby.

The origins of this delicious cured meat must be sought in ancient history.
The oldest depiction of Salame di Felino is in the interior decoration of the Baptistery of Parma (1196-1307) where, in the panel devoted to the Aquarius star sign, two salamis astride a cooking pot may refer to the typical cured meat due to their size and shape. In the early 19th century, Salame di Felino appeared for the first time in culinary and custom records, where it was described as a particular and uncommon method for processing pork.
Finally, in 1905 the words “salame Felino” officially entered the Italian Dictionary.

According to the regulations, the meats must be carefully selected and tendons must be removed, then they must be cut into small pieces to be ground into mince. At this stage the imagination of the traditional, ancient recipes works its magic into the mixture.

The first step to season the salame mixture is salt, with its dehydrating, sanitising and preservative action. After that, spices, aromatic herbs, black pepper corns and crushed garlic are added, essential components for the success of the meat's typical, enticing aroma.

Thanks to a handy stuffing machine, the mixture is stuffed into a casing. The salame is then bound with a single twine, in thin cross steps, and is hung for curing and drying. To store it, the technique handed down since antiquity is recommended: wrap it in a cotton towel moistened in a little white wine. 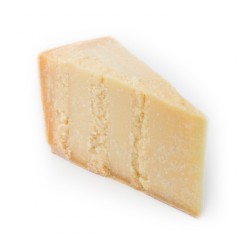 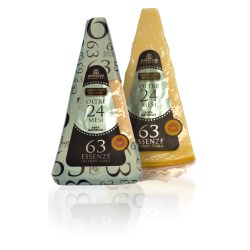 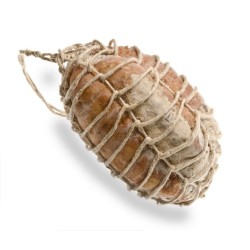 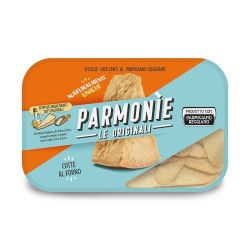 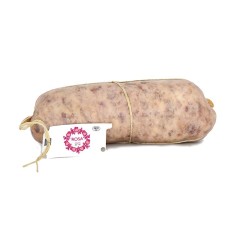 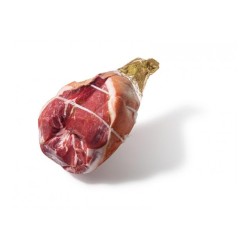 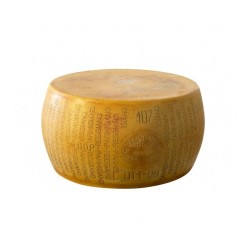 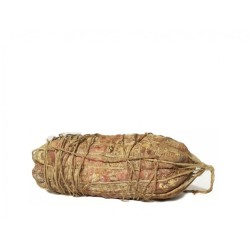 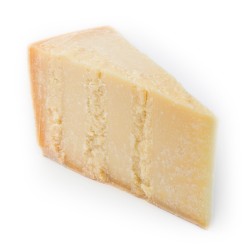